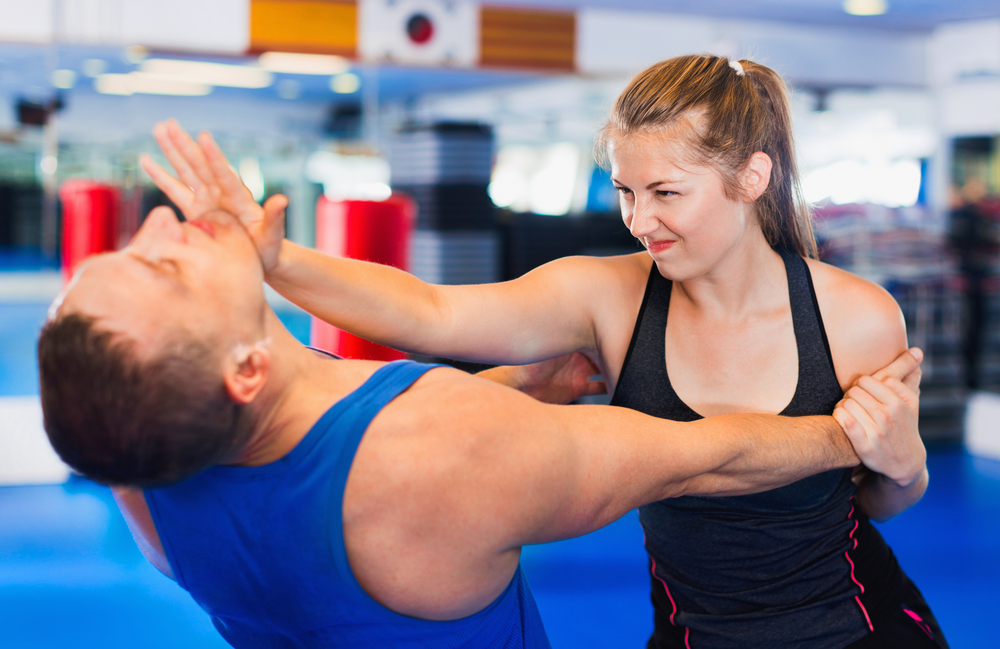 While defending oneself or one’s property is a legitimate option, there are limitations to the use of deadly force. The defending party must first consider how much injury was caused to the attacker. While the possibility of serious bodily injury or death is always a threat, it rarely justifies the use of deadly force. This article explains the justification for using deadly force and its limits. We hope you find the information helpful. But before we move forward, let’s examine what is meant by self-defense.

Depending on the type of attack, an individual can use physical force to defend himself or herself from physical violence. In many cases, this right extends to the defense of property, too. In some states, self-defense is legal in these situations, but only under certain circumstances. In New York, an individual may use force when he or she feels threatened. The law defines these circumstances under Penal Law, Article 35. In a self-defense situation, a person may use deadly force to stop a crime or protect oneself from physical harm.

In order to use deadly force, a person must have a reasonable apprehension of great bodily harm from the attack. To be considered a valid self-defense scenario, the person must be genuinely concerned about the victim’s safety and the person is unable to retreat. As such, the defendant must have been able to communicate his withdrawal to the aggressor. If this does not happen, the defendant is guilty of assault.

The right to self-defense may be claimed by the actor during an attack, if he or she reasonably believed the attacker was imminently threatening him or her. The person must be reasonably certain that they had exhausted all reasonable means of escape or avoiding harm. This privilege also applies to acts of violence that are not intentional. In this case, a person must reasonably believe he or she was in danger of death or great bodily harm.

When using force in defense of another person, one must have a reasonable fear that the person will cause him or her harm. Generally, this means the threat must be unprovoked, and the attack should not have taken place after the person involved was in the situation. The threat can be in the form of a mere statement or an act of force. In some cases, a verbal threat to the victim is sufficient to qualify as a threat.

Self-defense is legal when a person must use force to protect themselves or another. The use of force is not unlawful if the person believes that it is “immediately necessary.” However, the use of force in a self-defense situation is not permitted if it could lead to a fatal injury. It also must be necessary in order to prevent a future threat to the victim. Therefore, self-defense for defense of others is legal as long as the individual is not the aggressor.

A self-defense for defense of others in New York is governed by the Castle Doctrine and Duty to Retrench. While there are several exceptions to the “stand your ground” law, a person must take reasonable steps to minimize the risk to himself or others. A reasonable action includes fleeing and calling the police. When the person who is threatening to kill the victim, self-defense for defense of others may be the only legal way to protect oneself and the other.

A self-defense claim involves both subjective and objective components. It is a gamble regardless of the person’s candidness and level of conviction, as subjective belief is only half of the equation. The objective question of reasonableness is the other half. The judge or jury will assess whether the self-defense action was justified. If you feel threatened, you may be able to defend yourself. But if the perpetrator is no longer in the scene, your claim will not be valid.

There are three major categories of attacks that warrant justification for self-defense. First, the self-defense action must be proportionate to the threat. To qualify as reasonable, the victim must match the aggressor’s force. The aggressor must also be threatening deadly force against the victim. Otherwise, a person may use deadly force to counter a significant threat, but not when defending themselves against a minor threat.

The threat must be real and imminent. In addition, the person must reasonably believe that the physical force used is necessary to protect himself. To qualify, the individual must know or have a reasonable belief that the person is at imminent risk of death or injury. However, this requirement is often met only if the threat was caused by a non-person. A self-defense attorney will likely try to establish doubt through evidence. If the self-defense action is justified, then the self-defense attorney can claim the individual took the right actions.

Self-defense laws are very clear on the use of force, as long as the person who used it was under a real threat of harm or death. The defendant must also have a reasonable expectation that the threat will be stopped. In addition to the apparent danger, the defendant must also provide a reasonable explanation for using force to protect himself. In some cases, a battered wife defense may even require an imminence requirement.

Limitations of defense of self-defense

Under the law, a defendant cannot use excessive force or shoot the aggressor to defend himself. However, this does not prevent the defendant from using force against the aggressor if he was merely responding to an attack. In such a case, the alleged victim must consciously and appropriately use force in an effort to protect himself. However, the use of deadly force or excessive force would be considered unreasonable by the court.

In addition to the statutory limit of using force, the defining element of the privilege of self-defense is the intention of the person engaging in unlawful conduct. To be entitled to self-defense, a person must believe that the attack will be fatal or cause great bodily harm. The person must also believe that he has exhausted all reasonable means of avoiding or escaping the harm. So, a person must be certain that the attack is not part of a larger plan to rob him or her.

As a consequence, self-defense law has several limitations. In some cases, a person may use force to defend themselves despite the fact that his actions are illegal and that he does not deserve to be attacked. However, it is important to understand what the limits are and when they apply. Self-defense law is complex, and states differ in their interpretations of this important legal doctrine. In general, however, the right to use force in self-defense is only justified when the threat is objectively justified.

Defendant’s duty to act in self-defense

While it is the defendant’s duty to protect himself, the use of force is not necessarily required. Deadly force is only a defense if it produces a high level of injury or death. Defendants must meet four requirements before their use of force is justified by self-defense: the attack was unprovoked, the individual was in imminent danger of injury or death, and they used an objectively reasonable level of force. The only exceptions to these rules are if the defendant resorted to excessive force after the initial attack or if he was forced to retreat from the incident.

Moreover, defendants should have received proper instruction about self-defense before they engage in any form of violence against their husbands. Although the defendant’s testimony described her perception of the circumstances during the attack, she had no instruction on how to respond to the assault. The testimony in the case provided by the plaintiff’s attorney also supports the defendant’s contention that her actions were justified because they were necessary to protect her safety.

Although the Defendant’s belief in impending harm does not equate to an actual attack, the subjective perception of imminent harm does. Dr. Tyson’s opinion of imminent harm was untimely, vague, and ambiguous. In other words, the battered wife is continually in a state of constant terror and fear of death. She does not have time to flee, but if she does, the next attack might result in a fatal outcome.

In the State v. DeJesus case, the court applied a subjective-objective test to determine whether defendant’s use of force was justified. Self-defense must be justified if the defendant reasonably believed that the attack would result in physical harm. However, the jury must consider the defendant’s point of view and the defendant’s intention in making the decision to use force.